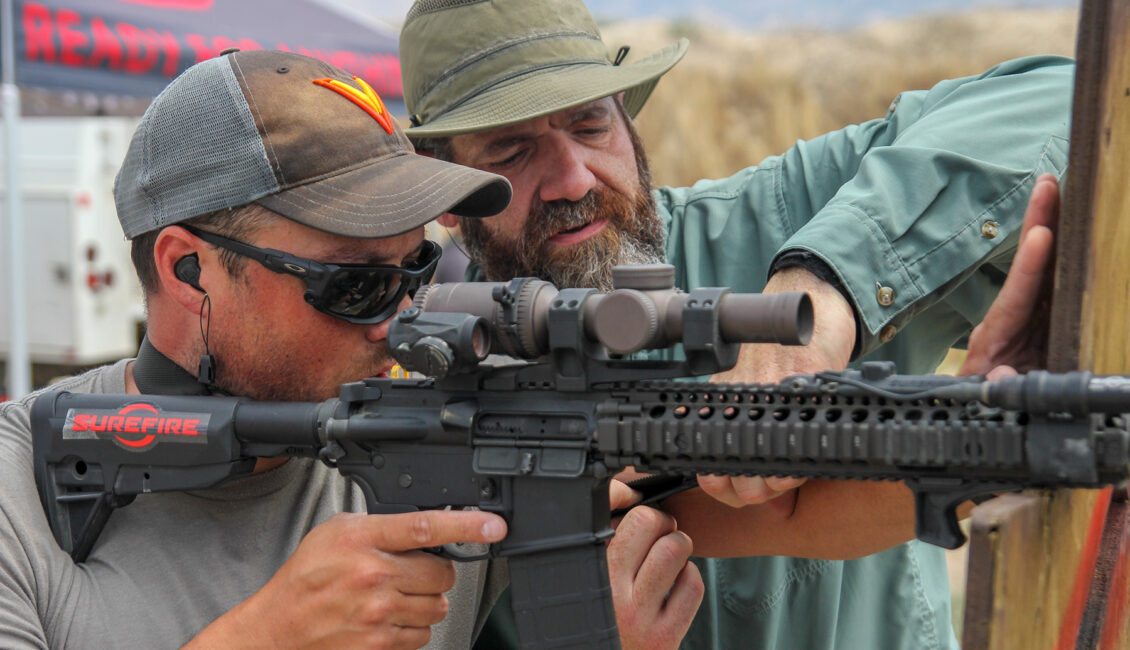 The premise of this class is based on the US Census Bureau report that 80% of the American Population lives in Urban areas. An urban area’s location is characterized by high human population density and defined within an area approximately of 200-300 yards and surrounding. Using these metrics this mid-level course reintroduces students to their rifles, working in varied terrain, and over distances between 0 and 300 yards.

THIS CLASS WILL THOROUGHLY COVER

Sentinel Concepts is committed to bringing our students the most current and relevant firearms training based on their personal needs. No two classes will have the same curriculum, as each class will be based on the students and their training goals in each class.

Individual students’ goals, abilities, and skills will be the basis for each class’ instruction.  Each drill and exercise will build a solid surface for each student to develop a plan for their personal practice sessions and will enable them to diagnose their own mistakes, craft more efficient shooters, and effective weapon manipulator after the class and for years to come, by using proven and current techniques.

We started out on a toasty Friday afternoon with a safety brief. Right out of the gate, we went in prone positioning and zeroing. We discussed the merits of various zeroing distances and moved directly into a “walk back” drill where we took our recently found or confirmed zero and shot at the following yardages to get a rough idea of what our particular setup was doing:

After the walk back, we moved into positional shooting at 50y: standing, speed/hasty kneeling and proper kneeling all while playing with variations of including the sling for stability. To finish up day 1, we spent some time tightening up our grouping at 200y.

Due to the heat (high of 97 F on Saturday) we decided as a group to delay the start of our training day until 18:00 and shoot late into the night. I think I can speak for everyone when I say this was a good idea!

Day 2 started with confirming our zeros from the day before and then moving straight to 300y for our junkyard ballistics. No ballistic apps or crazy calculations, just a head hold at 300y, some walking back and forth and a spray paint line on our target. The goal was to be able to get effective hits on an adult torso sized target at 300 yards. It was interesting to see how the different rifles, optics, ammo and shooters behaved. I was shooting:

After complete our junkyard ballistics test, we worked various barricades at 100y. We had plenty of opportunities to play around with the different positioning (feet, hands, rifle, support etc) that Steve presented throughout the barricade focus section.

Being as we started at 18:00, the sun was now going down. We discussed known vs unknown:

Me, my rifles, my ammo, my optic etc are KNOWNS.

We worked transitions from barricades and had the opportunity to test the capabilities of our eyes and our weapon mounted lights. A lucky few even brought their night vision gear to let people play around with!

Day 3 we were able to bring everything together and began with working steel targets at 300 yards from barricades with different positioning. This transitioned nicely into a transition drill with steel at 100, 200 and 300 yards.

We discussed and had the opportunity to try out different theories and options having to do with magnification, holds, and a bit of wind. We finished up the training with about 3.5 hours of shooting just as it started to get uncomfortably hot again.

I have to say, right off the bat, that only having 12 students in the course was VERY NICE. This allowed a brisk pace, with plenty of interaction between Steve and the students. There was no shortage of opportunities for each of the students to shoot more if they wanted to (and had the ammo).

Steve’s class really helped me get confidence in my ability to get precise hits out to 300+ yards under a variety of conditions. I learned some new things regarding body position and mechanics, barricade positioning, sling-supported shooting, trigger press on the AR system, and night shooting but most of my pickups were small insights from Steve that resulted in me making little adjustments and being more deliberate in my movements and actions.

Another aspect of Steve’s teaching (which I assume does not apply only to this course) are his mini mid-day debriefings. Multiple times each day we would break for a few min to regroup and discuss what we had just done. Basically a mini debrief, after a section of teaching, rather than waiting until the end of the day. Personally, I found this extremely helpful in my effort to catch, process and absorb as much information as possible throughout the training days.

As the host and organizer, I definitely could have been prepared more ahead of time. I have taken this class before and have been getting quite comfortable in hosting classes, but I need to remember that some people have never taken formal training, none of the students had ever trained with Sentinel Concepts before and some had never taken a rifle class before. I could have (should have) sent out my informational email about 2 weeks before I did. This would have given the students who needed it, more time and opportunity to be better prepared themselves.

This course is different than a lot of carbine courses, by design. I think an update and a few additions to the course description as it is currently on the Sentinel Concepts website would help potential attendees develop a better understanding of what, exactly, it is and what, exactly it is not.

As participants in this course, everyone was fairly well prepared and excited to learn. My suggestion for improvement for this AAR is a simple one: don’t be afraid to push yourself and get as much as possible out of the courses we host. This is your chance to soak in as much as you can, gain an understanding of fundamental principles and get feedback from a true expert. Take advantage of that! Ask questions, explore principles, take notes, try new things… we host these courses to help people learn better ways of doing things progress as much as possible.

This is not a DMR course, there is not focus or use of ballistic apps, dialing for windage or anything of the sort. The goal is to learn how to quickly and easily deliver effective hits, on a human torso sized target.

It’s not a run and gun class but really well laid out to learn mid-range capabilities of your system and Steve is a great instructor.

This is not a run and gun shoot ’em up course either. The pace is fairly laid back and it won’t have you huffing and puffing. That being said, this would not necessarily make a great first time carbine/AR type course either. Manipulations, malfunctions, reloads etc are not the focus of this training.

If you have never shot, from different positions, with and without barricades and distances from 50-300 yards, you will find this course quite enlightening. Even if you have shot those distances, but you have never really learned the tips and tricks, or TRAINED those distances, you would be well served to take Practical Urban Carbine from Steve Fisher at Sentinel Concepts.

Steve’s career as a trainer started in the 90’s, first at NTFT and then later as the owner/ lead trainer of MDFI, both Michigan-based companies, and served as one of the primary Instructors for Magpul Dynamics. He was responsible for the development of new programs and tactics for several local police departments and new training curriculum’s based on low light, home defense and the use of the carbine, handgun, and shotgun in various roles.

Steve has been featured in SWAT Magazine, Recoil Magazine, Breach-Bang-Clear, and has written for both SWAT Magazine and Surefire Combat Tactics. He is a product designer for Tuff Products and provides product development insight for companies like Nighthawk Customs, Midwest Industries, FN, Trijicon, Agency Arms, Surefire and Robar to name a few.

Over the years Steve has participated in numerous training programs from notable instructors in the industry as well as many local level schools and stays active on both sides of the training industry. He is also an avid hunter and has a history in the outdoor/hunting television community as both a hunter and cameraman. 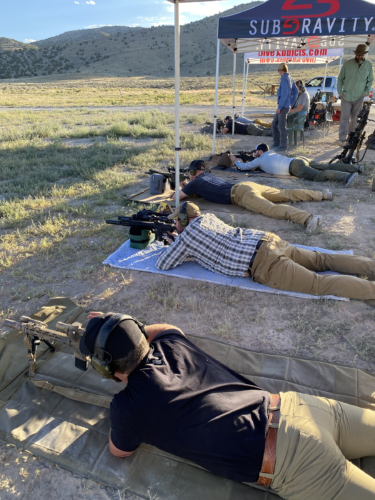 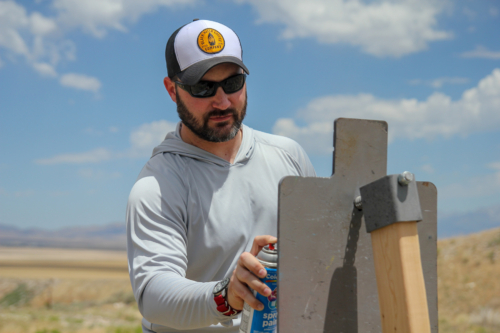 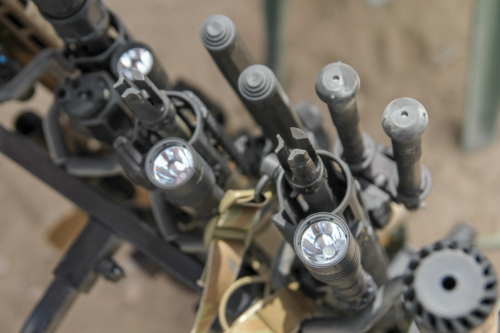 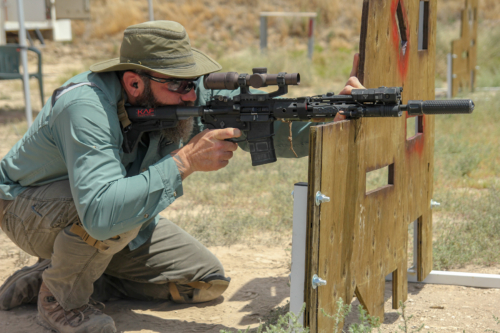 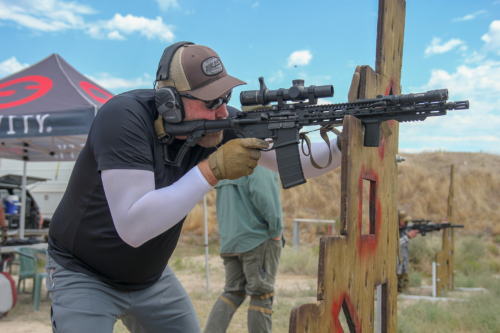 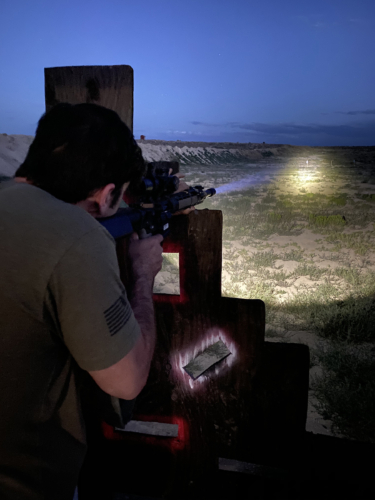 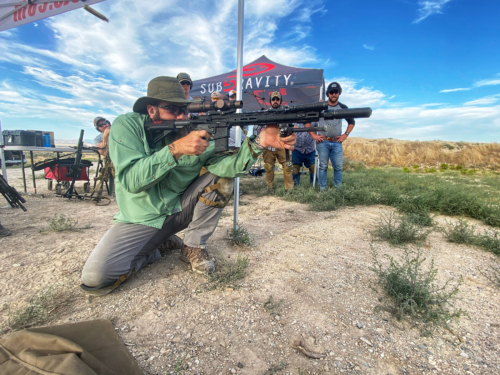 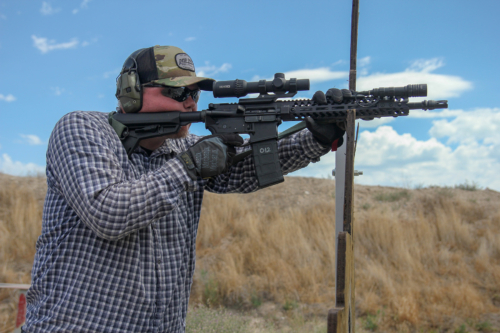 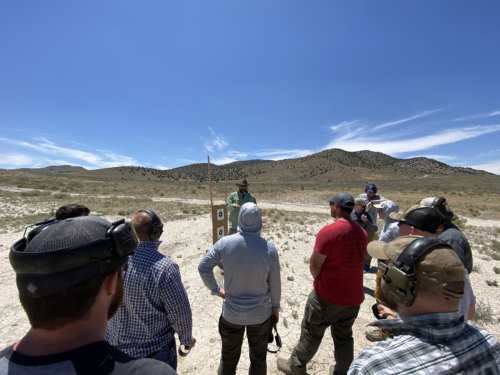 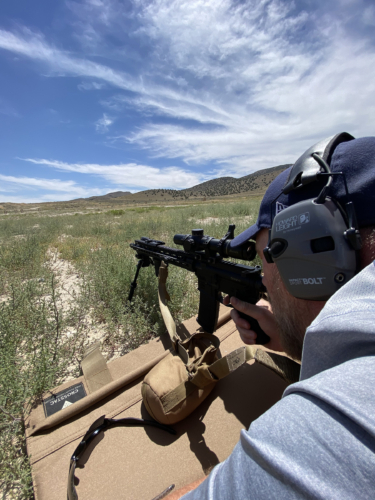 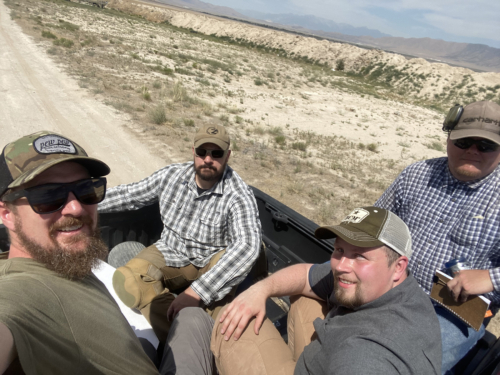 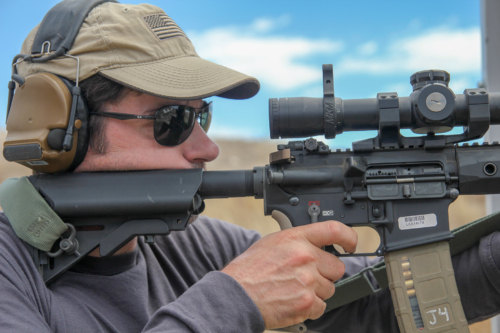 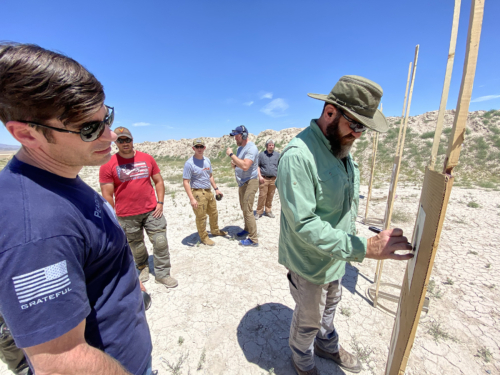 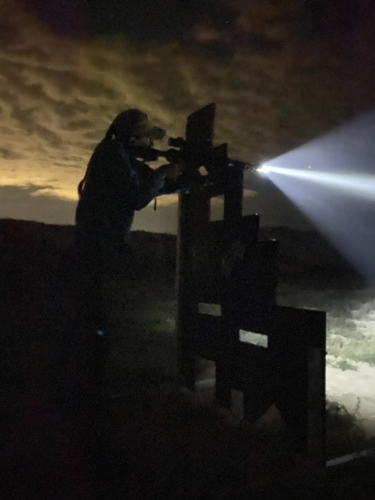 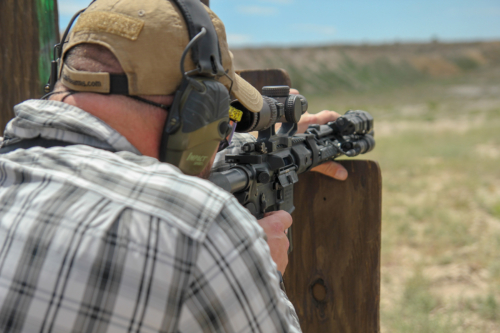 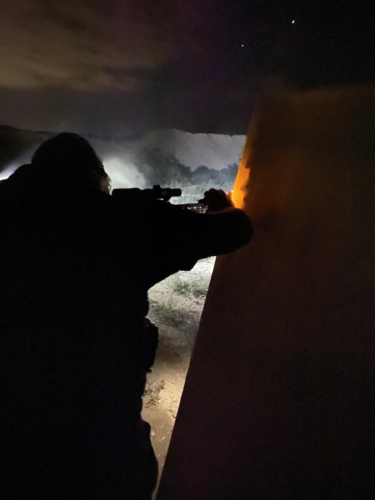 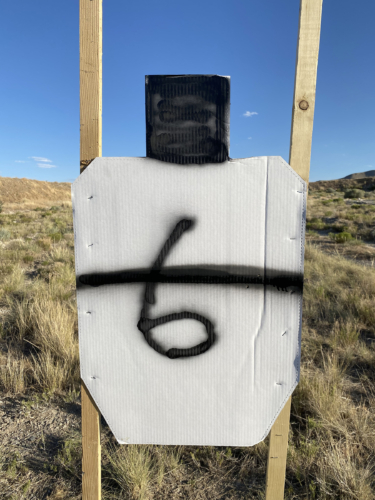 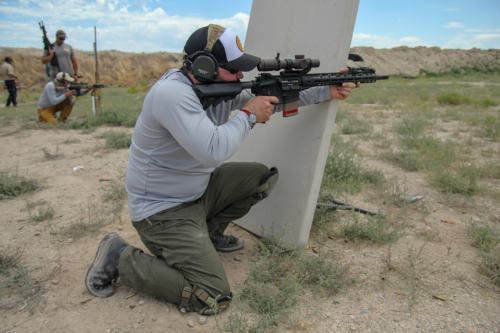 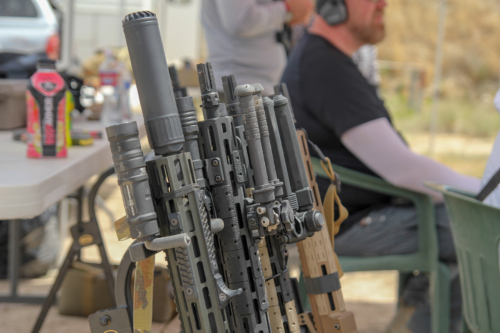 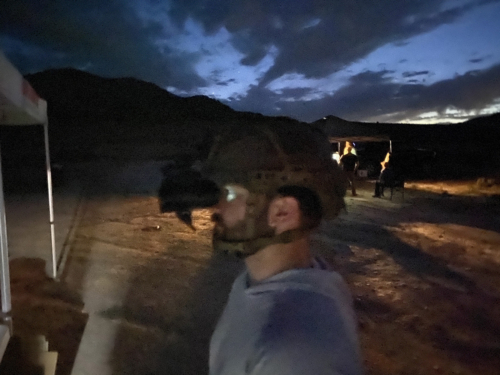 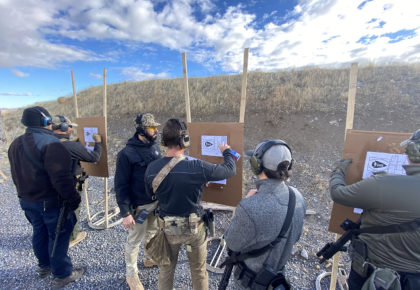