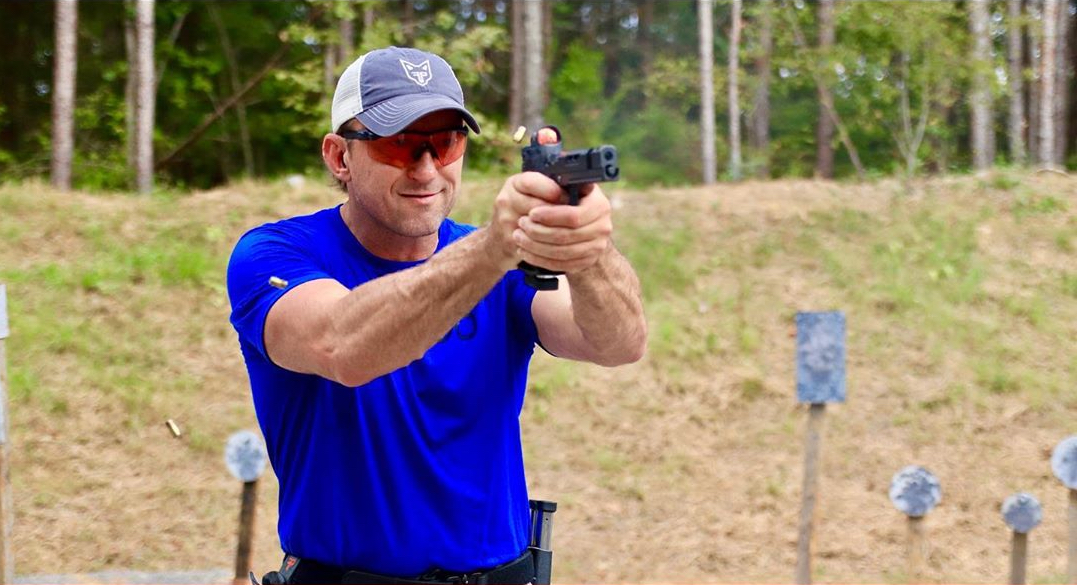 This course is designed to help shooters achieve a high level of performance in dynamic shooting situations (Combat/Defensive or Competition) with pistols and carbines at distances of 5-50 yards (range dependent).

The concepts, techniques and or tactics presented are the result of over 15 years of shooting as a Profession and Passion. I served over 20 years in the military with the last 15 years in US Army Special Forces.  During that time, I served as the Primary Instructor for Combat Marksmanship, CQB Instructor, Breaching Instructor, Lead Sniper Instructor and NCOIC of Sniper Program.  I have also been shooting competitively since 2007 with both Carbines and Pistols and have been a USPSA Grandmaster for 10 years.  The course material focuses on what it takes to win in any Dynamic Shooting Situation; Combat/Defensive/Tactical/Competition

Frank believes in and teaches an Intuitive Approach to Performance

We will begin the course by discussing and understanding this approach and the Mental – Visual – Physical concepts to easily achieving our performance goals.

Topics covered but not limited to:

Frank has a very laid back/relaxed approach and enjoy shooting and helping others become better shooters. He does, however, demand safe gun handling habits and skills at all times.

ADMIN NOTES – after registration and email will be sent with further information for you to review prior to the course.

I served over 20 years in the military and the last 16 of those in the US Army Special Forces.  In 2004 I attended SFAUC- Special Forces Advanced Urban Combat Course.  I knew then that being a better shooter would be a life long passion.  In between deployments and other duties at Group I was and assistant instructor for Combat Marksmanship, CQB, Breaching and the Sniper program.  I later became the NCOIC for the Sniper program and Primary instructor for Combat Marksmanship.  During that time I had the privilege to serve with and learn from some great dudes. 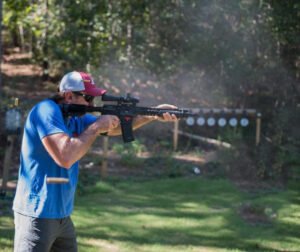 In May 2007 I started competitive shooting and found out what I didn’t know about shooting!  I started shooting a match almost every weekend and when I failed at something I would work on it during the week so I could see an improvement the next weekend.  I joined a range and trained almost everyday sometimes 2 times a day.  In January of 2009 I achieved the rank of Grand Master in USPSA Limited division.  I was the 4th ranked Limited GM in the world at that time, but still made some mental mistakes in matches.  I was shooting at my peak in the summer of 2009 and started gearing up for another deployment.  In 2012 I started my training company full time. Most of what I have learned about shooting has come to me since then.  Something happened and I took a much more analytical approach to training and shooting instead of the classic just go do it 10,000 times.  Looking back to 2009 when I was at my peak as a shooter I didn’t fully understand what was happening or really how to show other people how to do it.  I still don’t know everything about shooting and I don’t think anybody knows everything about anything.  I believe in having an explorative mind to continue to look for more information to make us better shooters.  My current training programs take an easy but in-depth, cerebral approach to becoming a better shooter.

I courses all over the USA (some international) as well as at my private training facility near Talladega, AL. My facility features 11 pistol bays with over 100 AR 500 steel targets.  I have 3 dedicated rifle ranges out to 650 yards covered in steel targets. The rifle ranges offer natural terrain such as trees, boulders and vehicles to shoot from.  Having this many ranges available allows shooters to get more challenging and effective reps in a shorter amount of time in order to hone the skills to win in any environment. I also have a pro shop on site with all the guns, gear and accessories that I use.

Since childhood I have been mechanically inclined to find solutions.  My first job in the Army was a Light Wheeled Vehicle Mechanic and that was my civilian career for about 5 years afterwards as well.  I enjoyed the diagnostic and problem solving aspects of being a mechanic.  When I received a vehicle with a problem I found it easier to diagnose the problem if I had a full understanding of how things were supposed to work.  When I became a shooter I definitely brought that aptitude with me.  When I use guns and gear my mind looks for a better and easier way to get things done.

Thanks for reading this and I hope it provides you with some insight into why I do the things I do.

* Please note that the range has no facilities / running water etc (they do have porta potties), so please bring plenty of water and anything else you might need throughout the days.

At what age will/did you teach your kids to shoot?

Come join us for a live Q&A with @slytactraining o

Here is a little highlight video of our ECQC we ho

Remember just a few weeks ago when @sentinel_cncpt

We had a hot and dusty weekend of amazing training

You snooze you lose... we have had this class sche

We had another great weekend of training with @bae